The Joy of Fashion: The Untold Joy of Never Following the Dress Code

Our Joy of Fashion series: looking at how what you wear can affect your mood, confidence and sense of self. Throughout Spring, we’ll be hearing from writers who each give a different perspective on finding the moments of joy in your everyday outfits.

If the last two years of fashion hinterland have taught us anything, it’s that we should be wearing our favourite clothes – whether the occasion calls for it, or not…

If you love fashion the chances are getting dressed each morning can have an impact on how you feel for the rest of the day. But how many of us end up falling into the same old routine? That failsafe dress that you can slip on for work, the trusty handbag that contains your world, that one outfit that’s seen you through your best nights out; it’s easy to end up stuck in a cycle of wearing the things that make us feel good... but safe.

But what if, instead, we threw out the rulebook and stopped following the dress code? What if we wore all of our favourite items all of the time? Or if we didn’t feel like dressing up, we wore our casual clothes even on smart occasions? It’s something I’ve been working on my whole life, bringing joy to the everyday by truly wearing whatever I want, whenever I want. Of course, it hasn’t always been easy…

“I thought I looked fabulous. And that’s the key to finding joy in never following a dress code, you really can’t care what people think, you have to dress for you and you only.”

During the pandemic – particularly during lockdown – I lost my sense of fashion and, in turn, a part of myself. My favourite floaty floral dresses, velvet jackets and smart work clothes were packed away, and my handbags, from my go-to party clutch to my trusty holiday cross body, began to gather dust. Instead, I favoured a uniform of jogging bottoms, roll necks and trainers (well, they were the most sensible type of shoe for my constitutional walks). The result was that I’d look in the mirror every day and see a woman staring back at me that I didn’t recognise.

When things finally began to lift I vowed to start really wearing my wardrobe again – and I mean really wearing it. Forgoing any sense of what I ‘should,’ wear, I dove head first into ignoring the dress code whenever I fancied. This meant suffering the withering looks of sensibly attired hikers to wear my new white puffball dress to sit on a cold British beach and walk (a small part of) the Seven Sisters cliffs, it meant taking my favourite polka dot mini dress away on a solo holiday to Malta and wearing it to dinner at a local restaurant with no one but myself, even when everyone else was wearing beach shorts.

I also bit the bullet and took the chance to update my wardrobe with new pieces that make my heart sing; a light green knitted dress which looks great both dressed up and dressed down, wide legged Adidas flares which make me feel like a Spice Girl, chunky black boots with gold straps that make me feel powerful even when the only place I’m going is Sainsbury’s, a green patterned silk neck scarf that makes any outfit look that little bit smarter, and a bright lilac handbag that never fails to elicit compliments.

I started to think about the types of things I wanted to wear and reminded myself just how good fashion can make you feel when you get it right. But wearing what you want – and eschewing the dress code – doesn’t *just* mean wearing over-the-top outfits, it also means leaning in if you really don’t feel like getting dressed up. Like the time my friend invited me for brunch at a newly launched members club and I showed up in a pair of baggy wide legged slacks and a t-shirt when something smarter really might have been more appropriate.

I’m lucky to work in an industry where I’m not restricted in what I can wear, so I can play dress up at work. Got a big meeting? I’ll power dress with a bright red lip, smart boots and a tailored dress – even when people are only going to see my head and shoulders on zoom. If I have a shoot, where I’m going to be working with talent, I’ll wear something bright and fun that reflects my personality. Some weeks I plan every outfit meticulously and others I want to go with the flow, choosing pieces that fit with my mood that day.

“A friend once commented that I was the one person whose outfit choice he could never predict. I took this as a massive compliment.”

For me, this love of pushing the boundaries began when I was a child, growing up on the Isles of Scilly. Living on a small island with only 63 other people the most common items in most people’s wardrobes were - perhaps unsurprisingly for a tiny community 28 miles off the end of Cornwall - fishing smocks, crew neck tops, denim cut off shorts and wellies. But not for me.

I would regularly plunder the depths of my dressing up box and sashay my way down to the beach in a gold lame jacket that had been donated to me by my aunt, or head to school in a pair of billowing blue crepe trousers which I paired with the shimmering purple lipstick and matching eyeshadow I had saved up my pocket money to buy. While people may have rolled their eyes – and wondered why my parents didn’t try to stop me – I didn’t care, I thought I looked fabulous. And that’s the key to finding joy in never following a dress code, you really can’t care what people think, you have to dress for you and you only.

In my late teens I did a 180 and decided to lean into the island aesthetic – but instead of dressing for the island I was actually living on, which was often cold and windy, I dressed as if I was someone living in Ibiza. I wore my hair long, salty and unbrushed and coupled a bright pink tankini top with a multi-coloured fish print sarong (come on, even David Beckham was wearing one), or I matched lace lined camisoles with board shorts and bare feet.

“Play around with accessories – a great handbag can pull together a flat outfit or add a pop of colour to an all-black ensemble.”

At college I decided to be an emo, rocking blue/black hair, ra-ra skirts and cut off tights with more leopard print than you could shake a stick at. And I wore these outfits everywhere, much to the amusement of my elderly relatives. Because that’s the most joyous thing about never following the rules, you can reinvent yourself time and time again. You can lean into different parts of your personality and character dress as whoever you want to be at the time. A friend once commented – faced with me wearing a bright pink tulle mini-dress for a casual dinner at a BYOB Vietnamese restaurant – that I was the one person whose outfit choice he could never predict. I took this as a massive compliment.

But what about if you have found yourself rotating the same outfits day in, day out, and you’re reading this thinking, ‘Well, that’s nice, but I could never do it.’ If you’re not sure where to start then it’s good to remember imitation is the sincerest form of flattery – become a fashion magpie and pick up ideas from other people, fake it ‘til you make it.

Steal inspiration from fashion magazines and websites, from your favourite celebrity or from that woman whose wardrobe you admire at work, try out different styles and push your boundaries. If you don’t know what suits you or where you want to take your style ask a trusted friend to go shopping with you – someone you know will always be truly honest – and experiment with things you wouldn’t usually try on. Don’t think about where you’re going to wear these clothes, as long as you’re comfortable in them, remember you can wear them wherever you please.

“Put aside what anyone else might feel about it, you’re the one who needs to feel confident and comfortable in what you’re wearing. Be unapologetically you.”

Get to know your own wardrobe again; spend the evening trying things on and working out new ways to dress using items you already own. It’s very easy to get into that ‘I’ve got nothing to wear,’ rut without properly taking a look through your own wardrobe. Play around with accessories – a great handbag can pull together a flat outfit or add a pop of colour to an all-black ensemble. If you’re feeling like you don’t know where to start then small steps are your friend, think about adding a bold lipstick or bright t-shirt here and there until you’re feeling more comfortable.

The most important question you need to be asking yourself overall is: Does this outfit make me happy? Do I feel good in what I’m wearing? Does it feel like ‘me,’? Put aside what anyone else might feel about it, you’re the one who needs to feel confident and comfortable in what you’re wearing. Be unapologetically you. Because really, why shouldn’t we all embrace the joy of wearing what we want, every single day?

Olivia’s pick of our Spring collection

From Radley London’s new collection, my favourite bag is the Soho cross body. I love that the gold feels glamorous, while the bag is big enough for me to carry around half my make up bag, a snack and a phone charger. I can see it really elevating my floaty summer dresses when the sun finally decides to make an appearance. Plus, I love how the model in this image definitely isn’t following the dress code.

Olivia Foster is a writer and producer based in London. She has written for Grazia, Marie Claire, Cosmopolitan and the Evening Standard.

As part of our Spring series, we also hear from journalist Natasha Lipman on how becoming a wheelchair user helped her find the joy of fashion. And in March we were joined by new mum and fashion journalist Isabel Dexter to talk about how fashion has been her antidote to the postpartum slump. 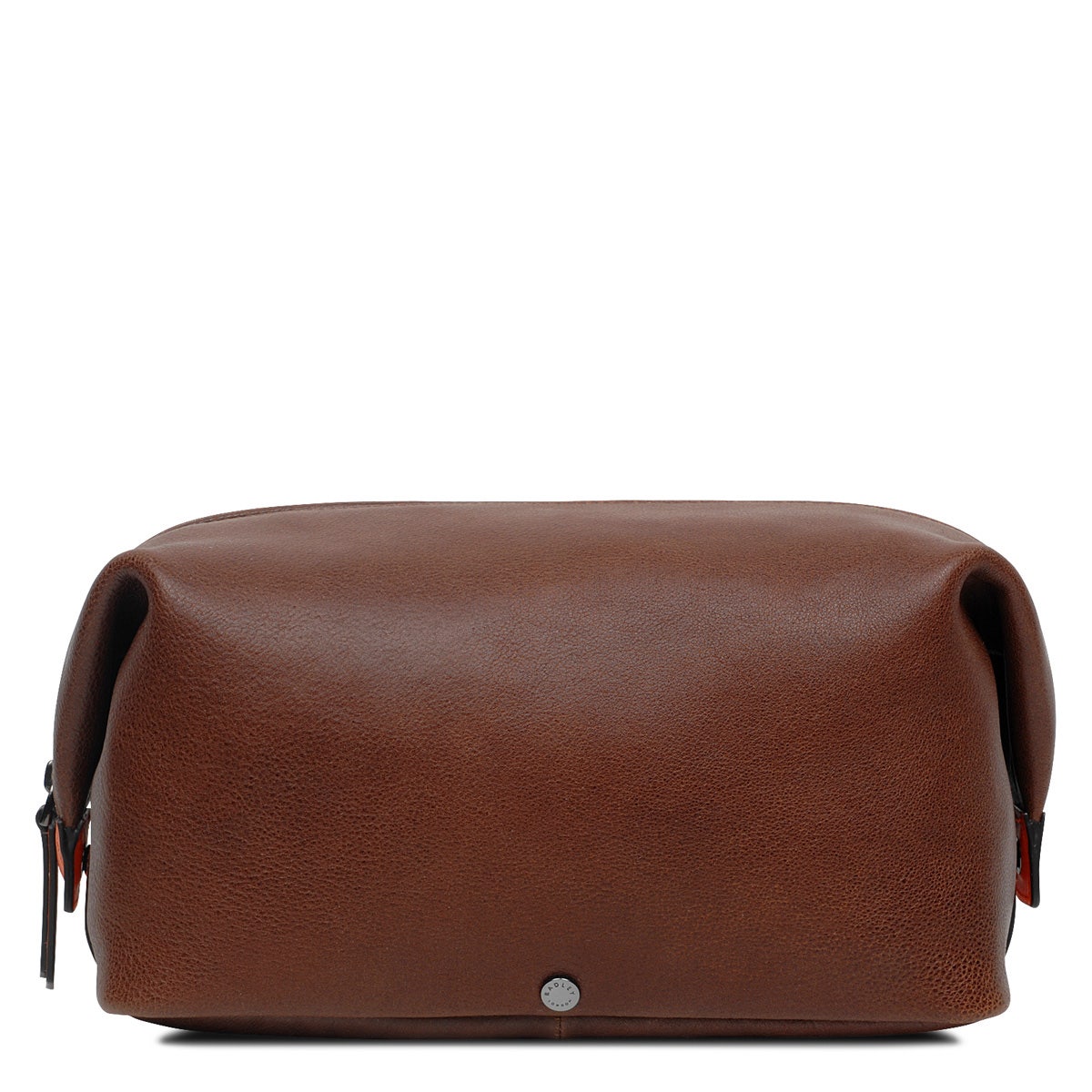 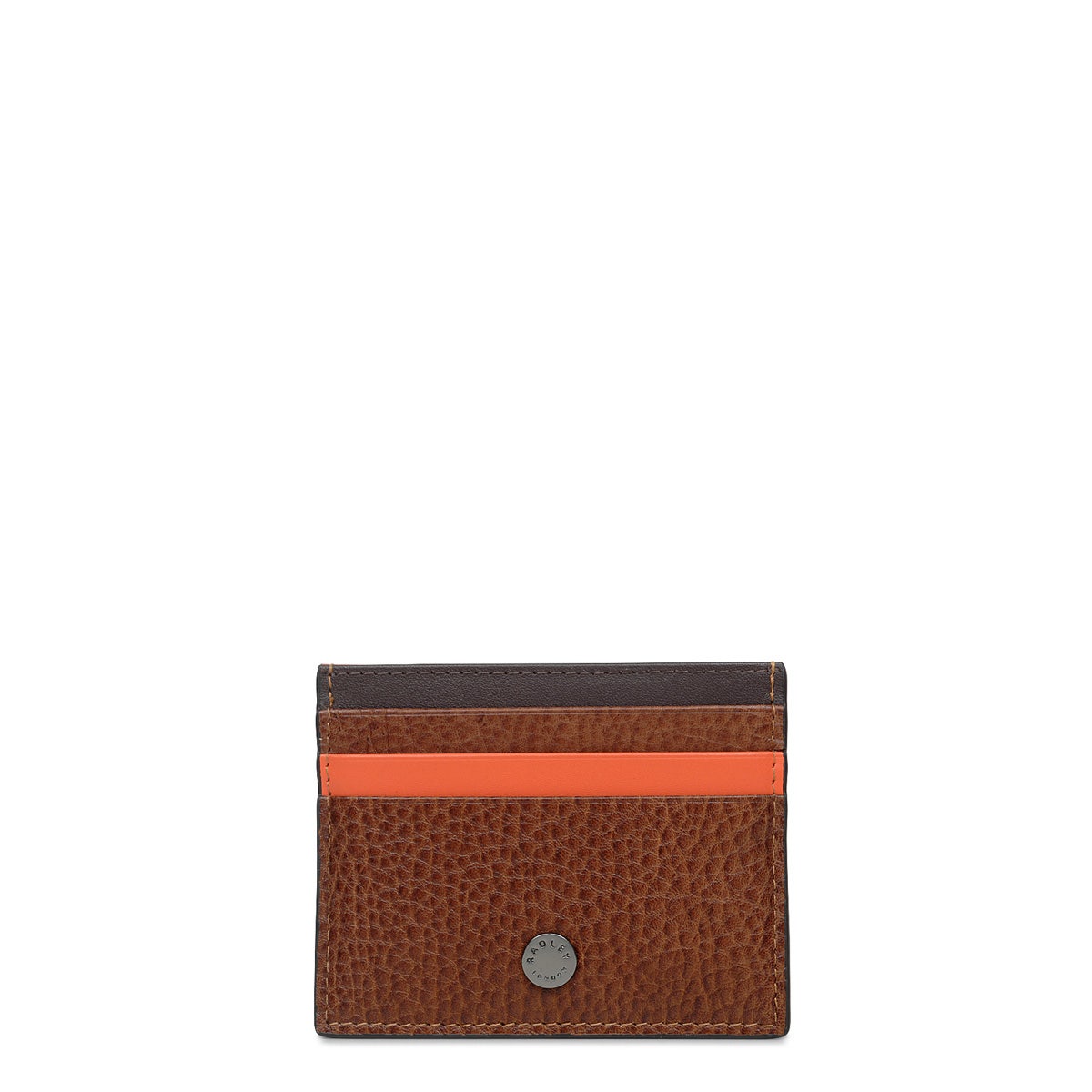 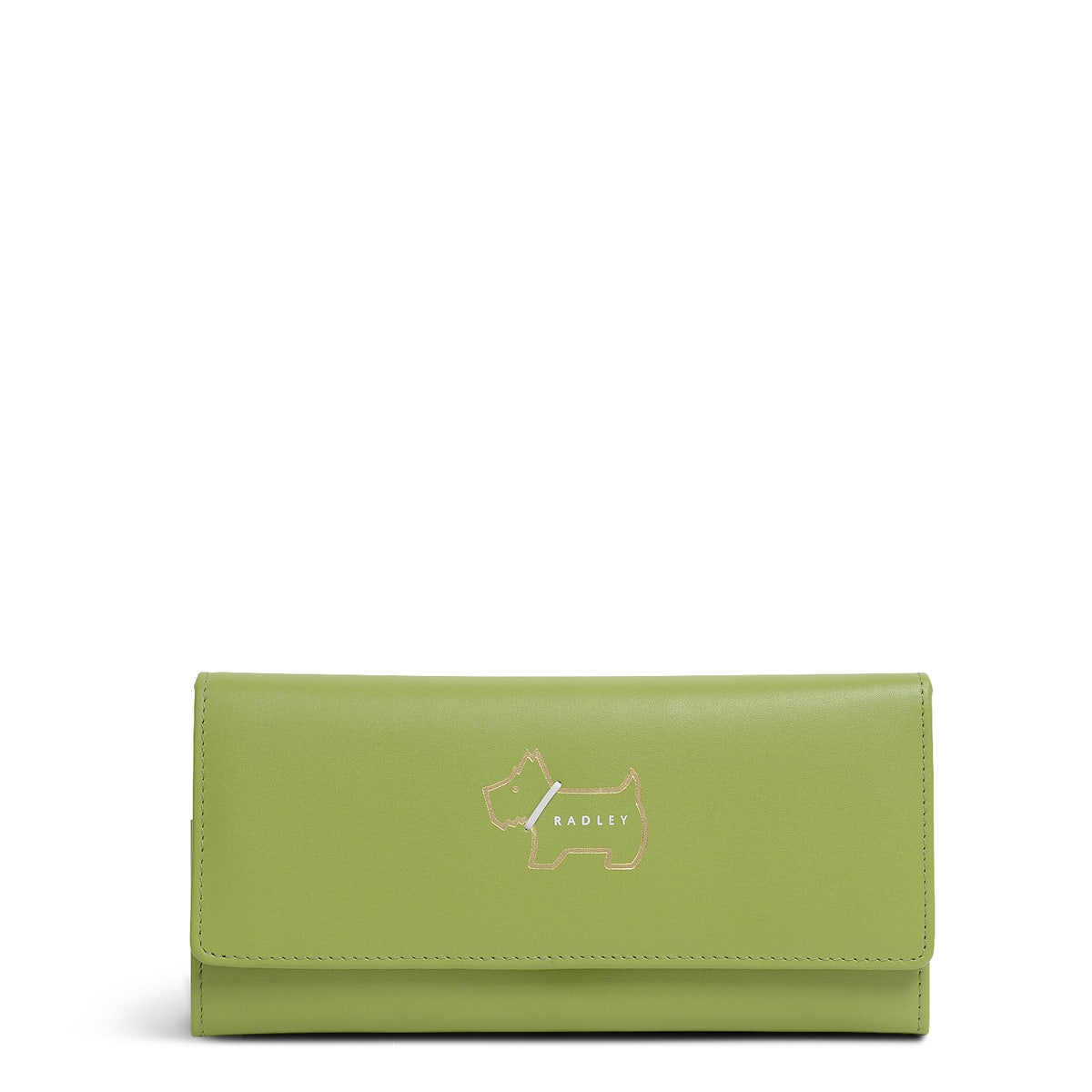 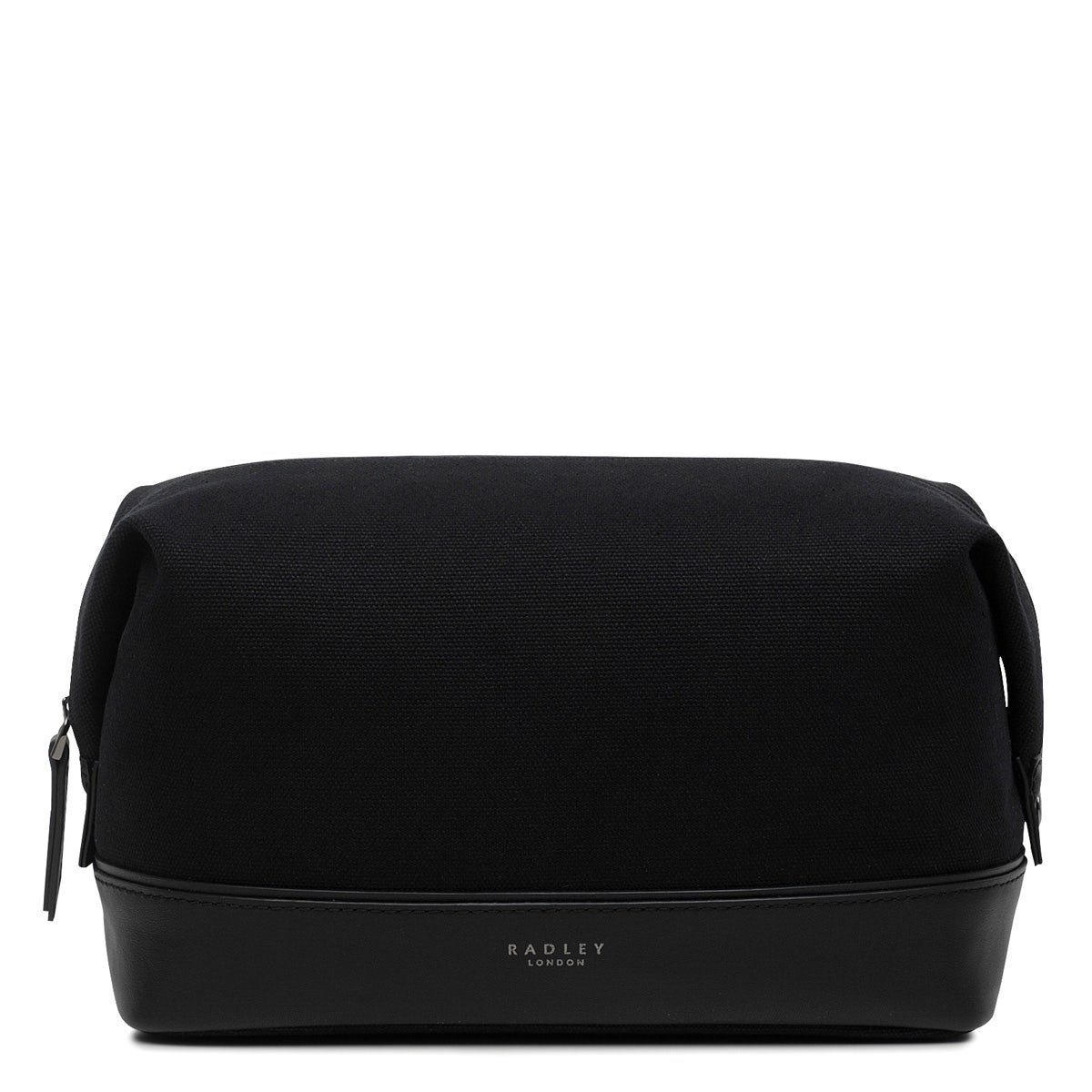 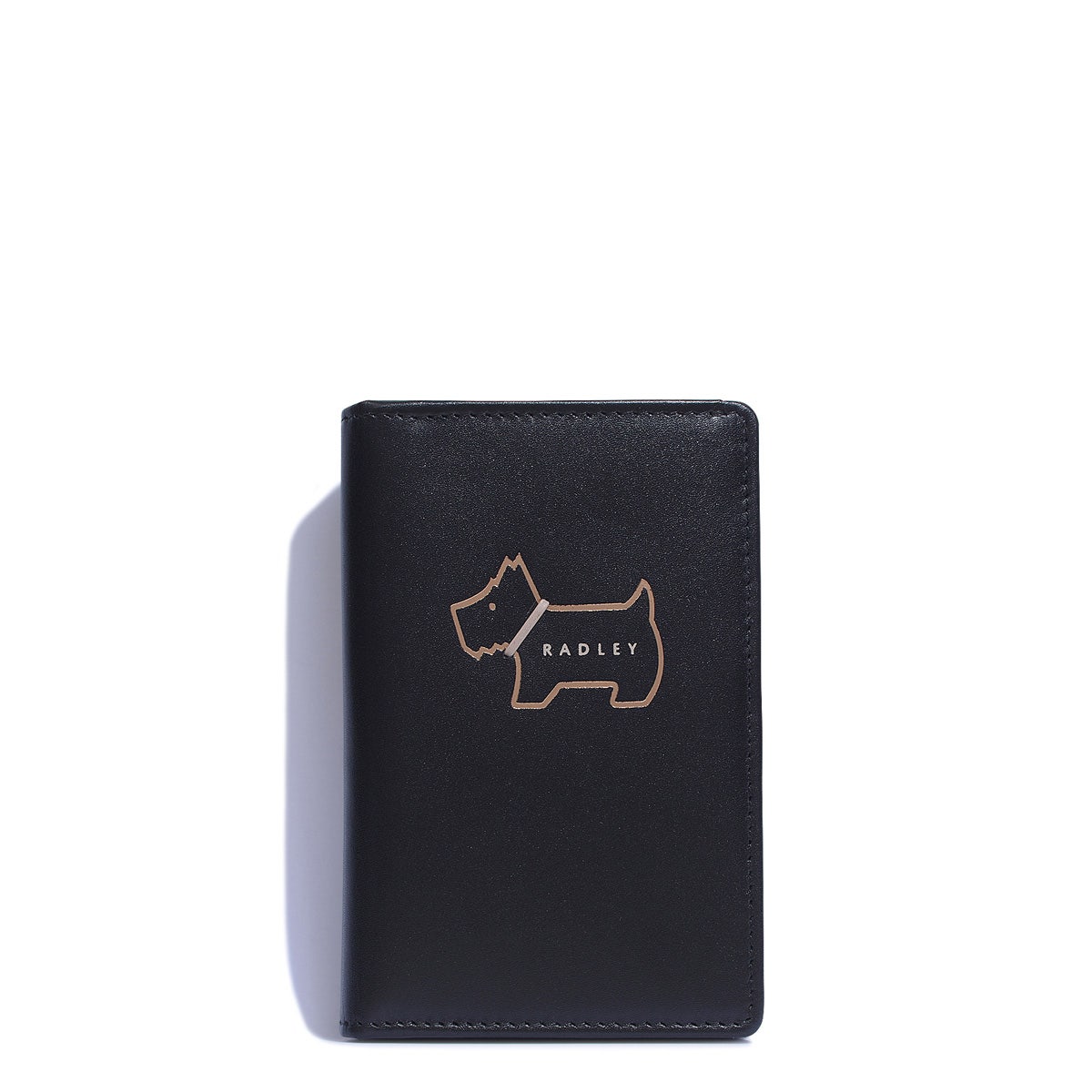 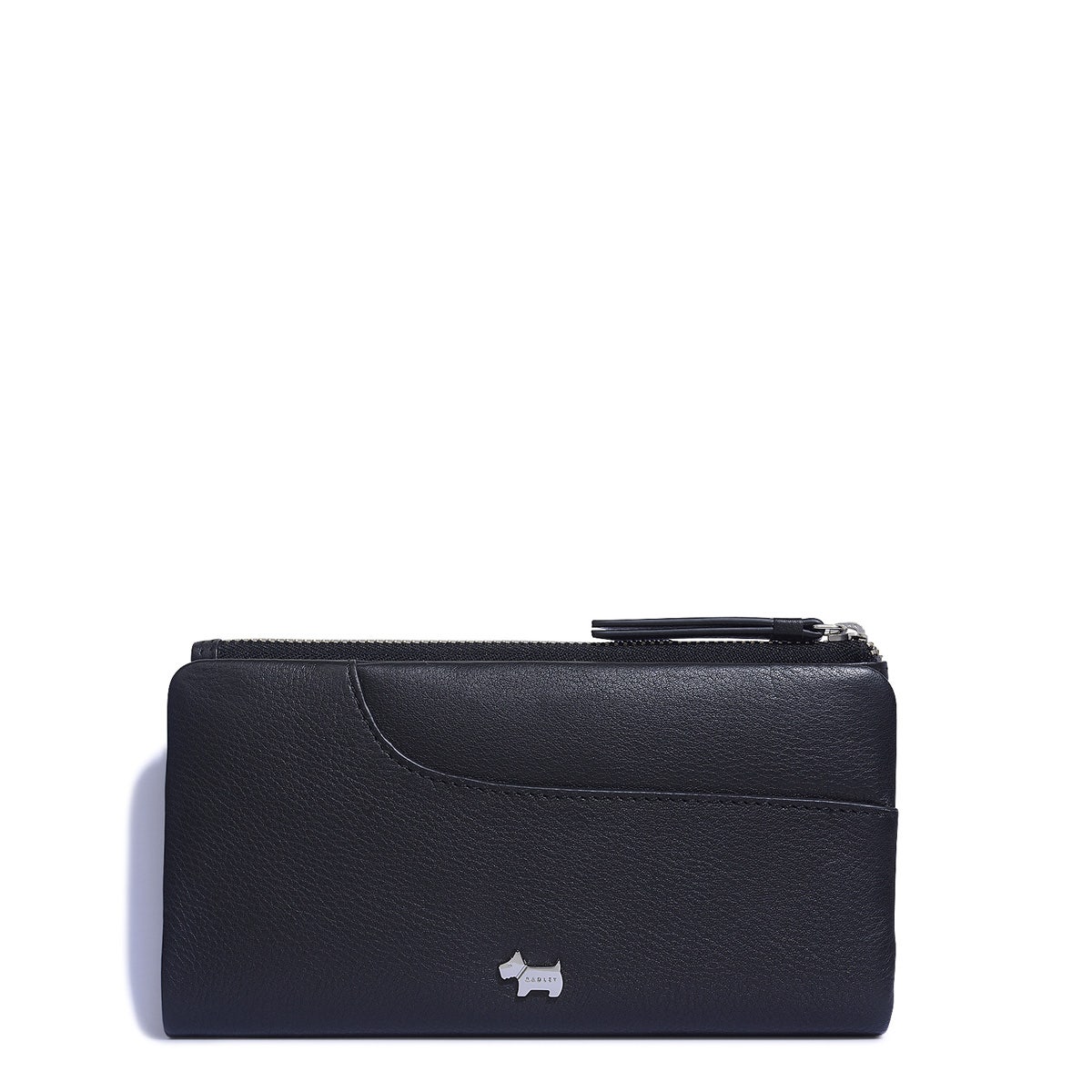 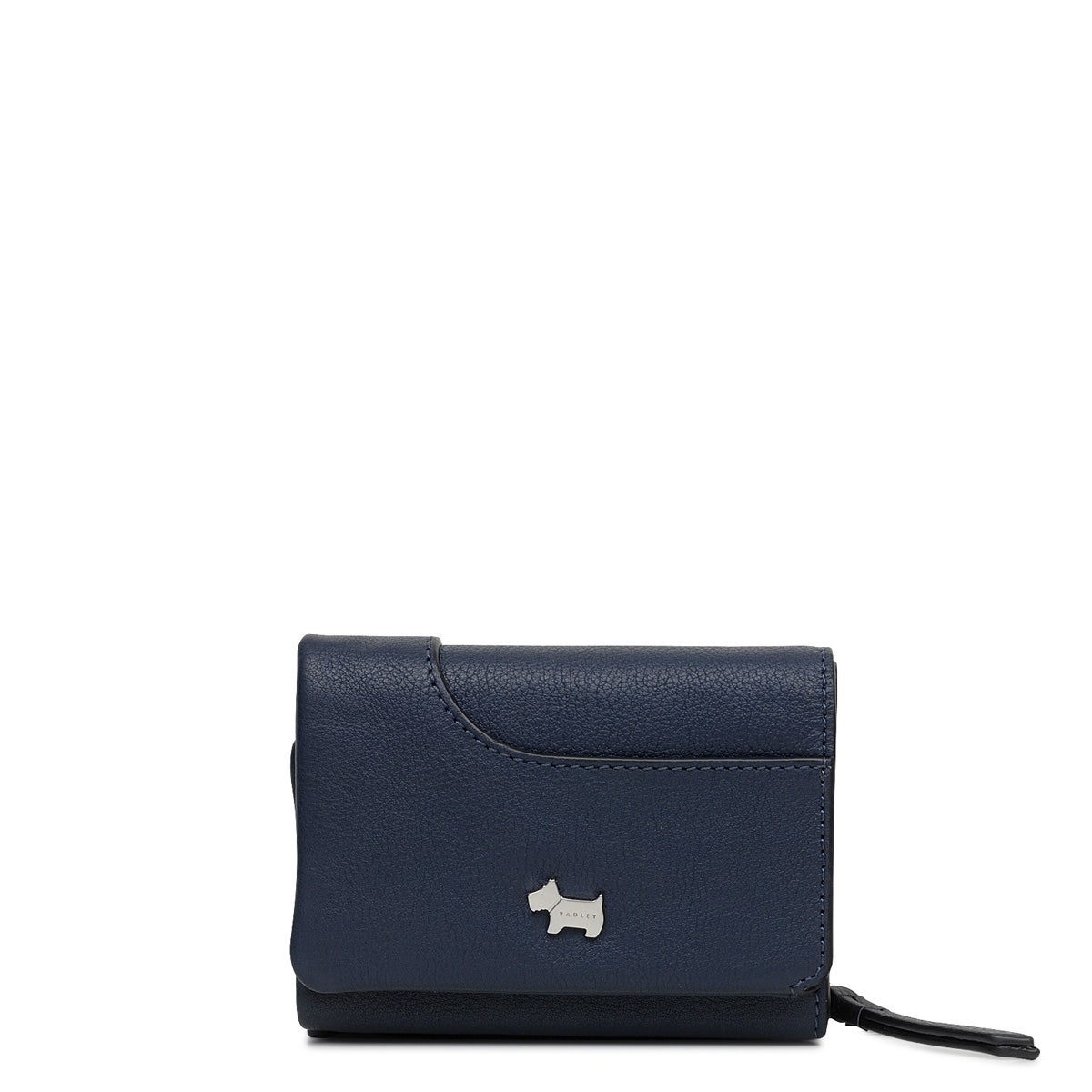 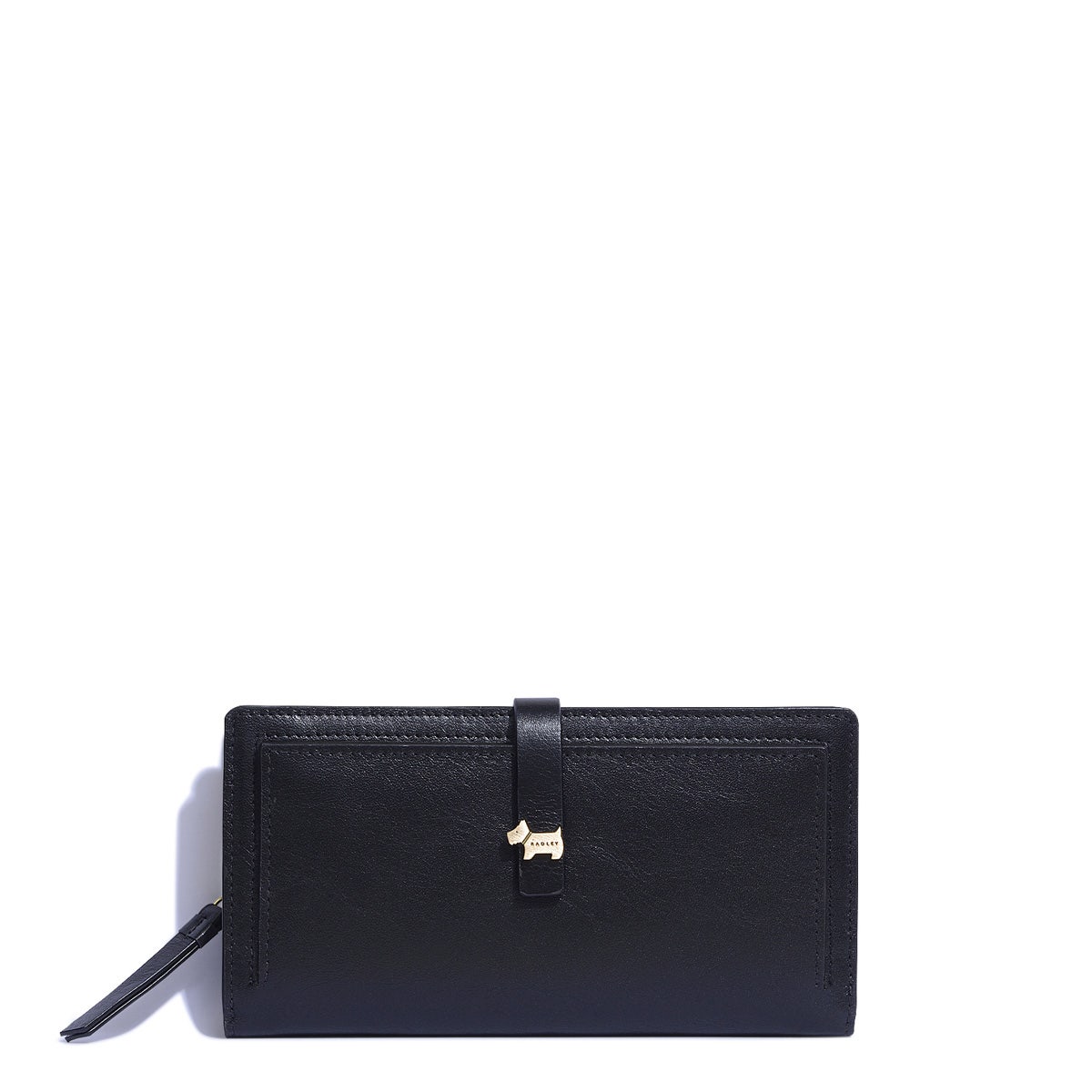 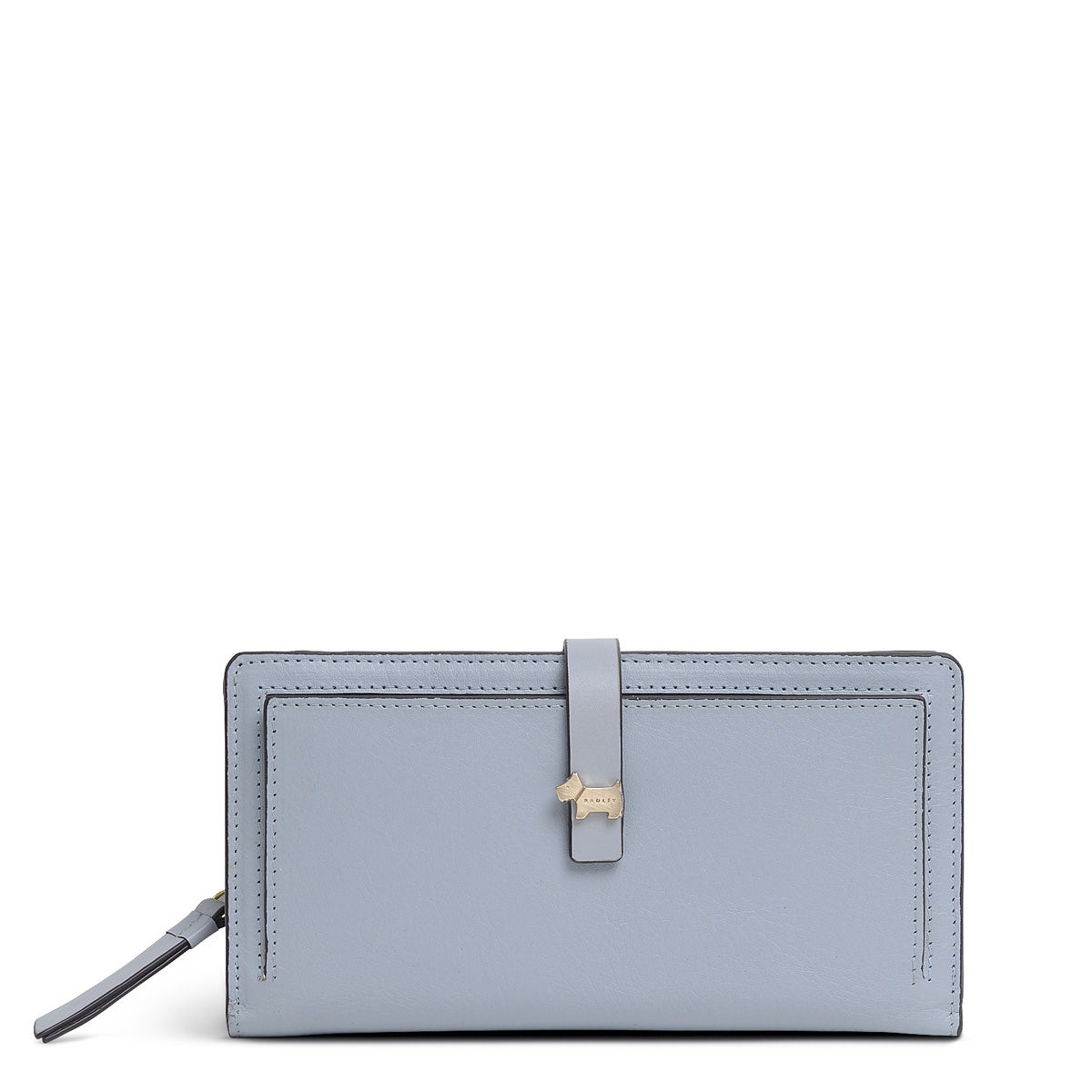 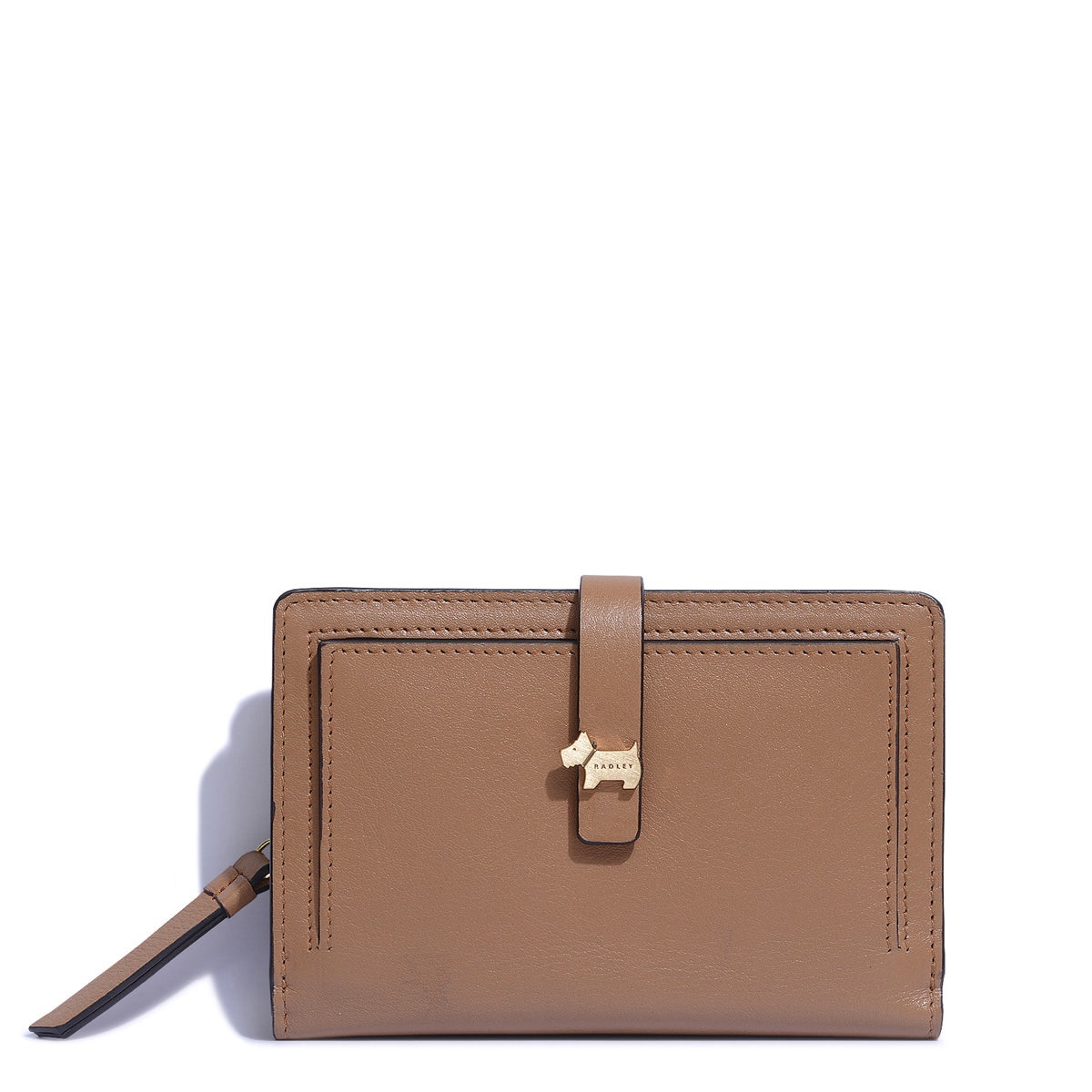 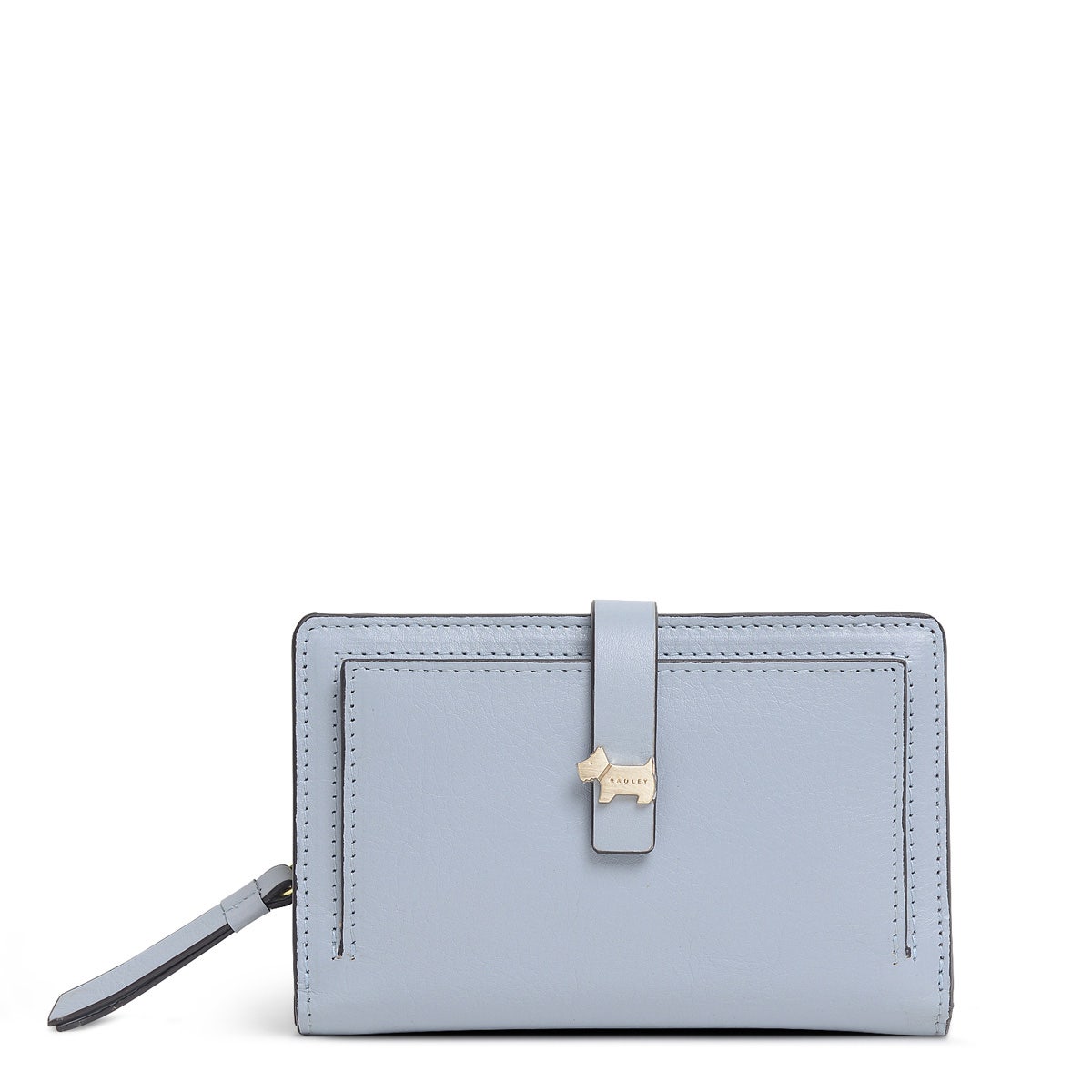 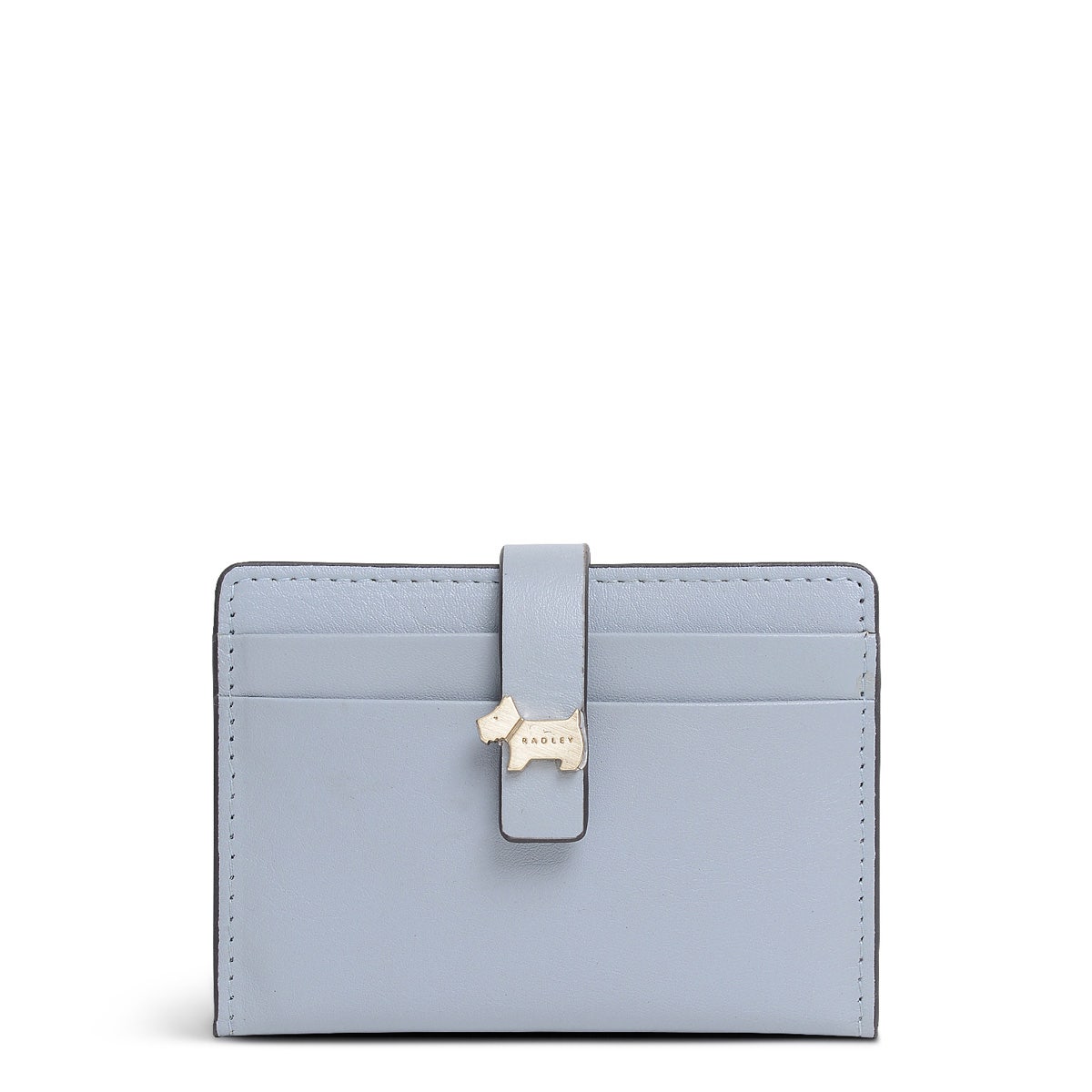 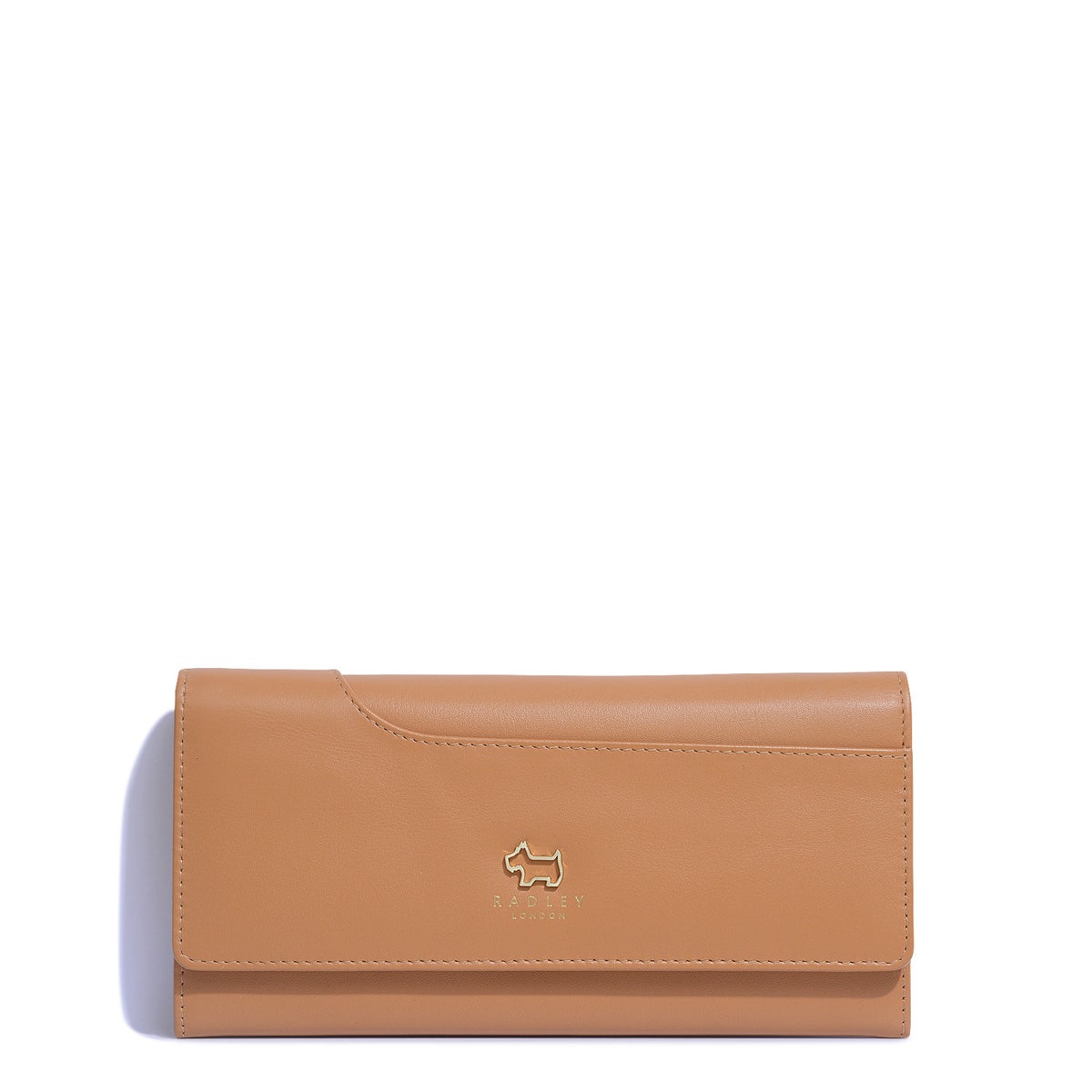 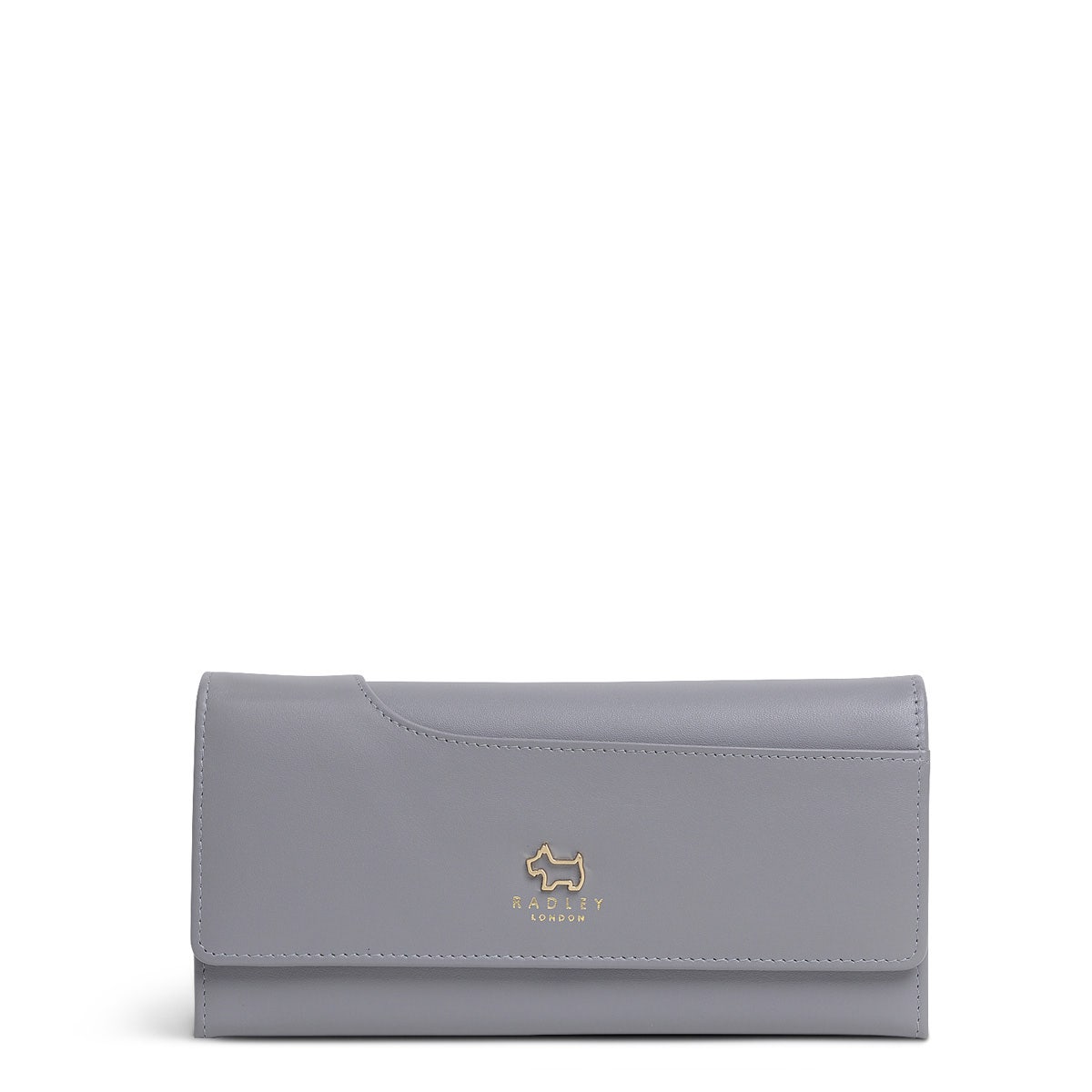 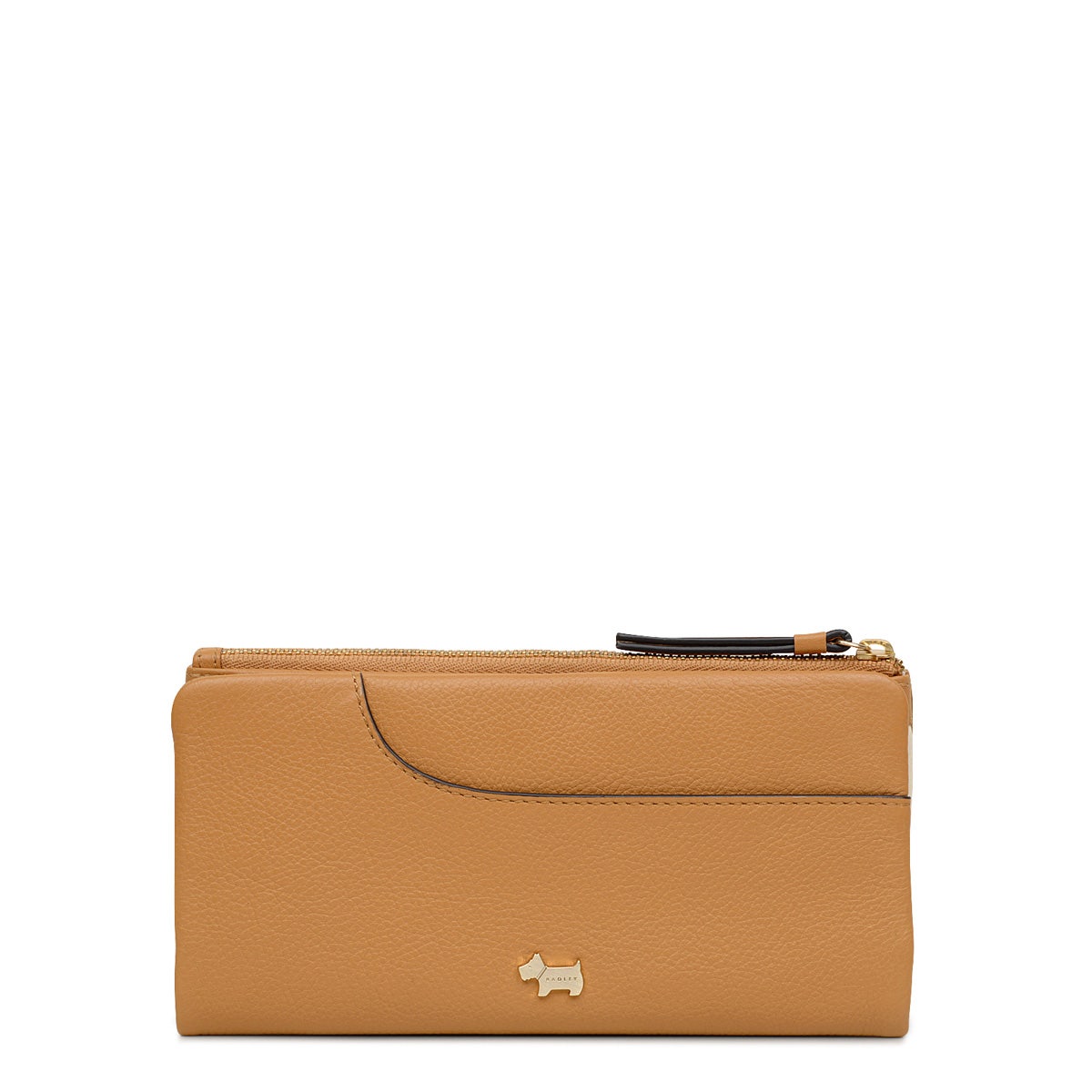 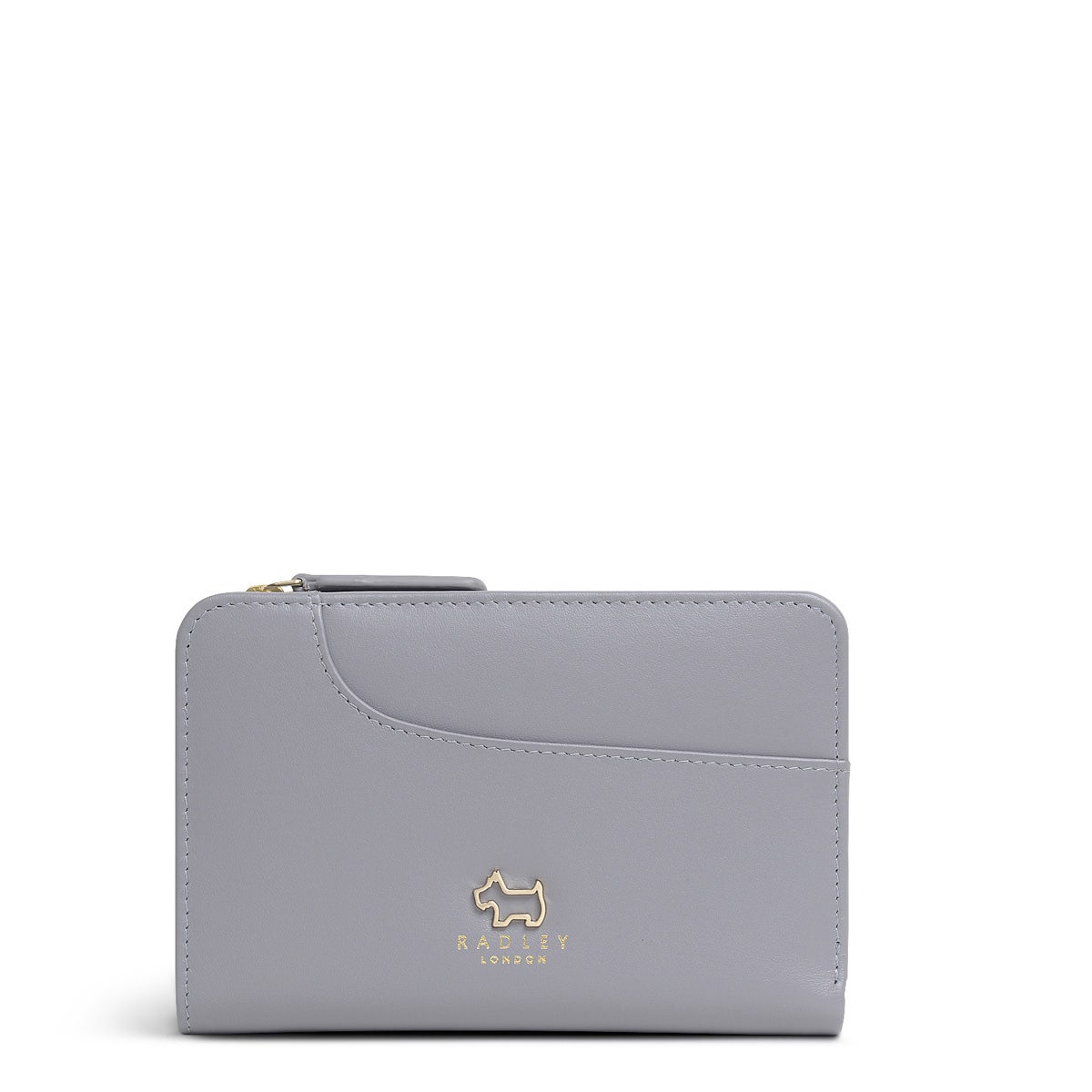 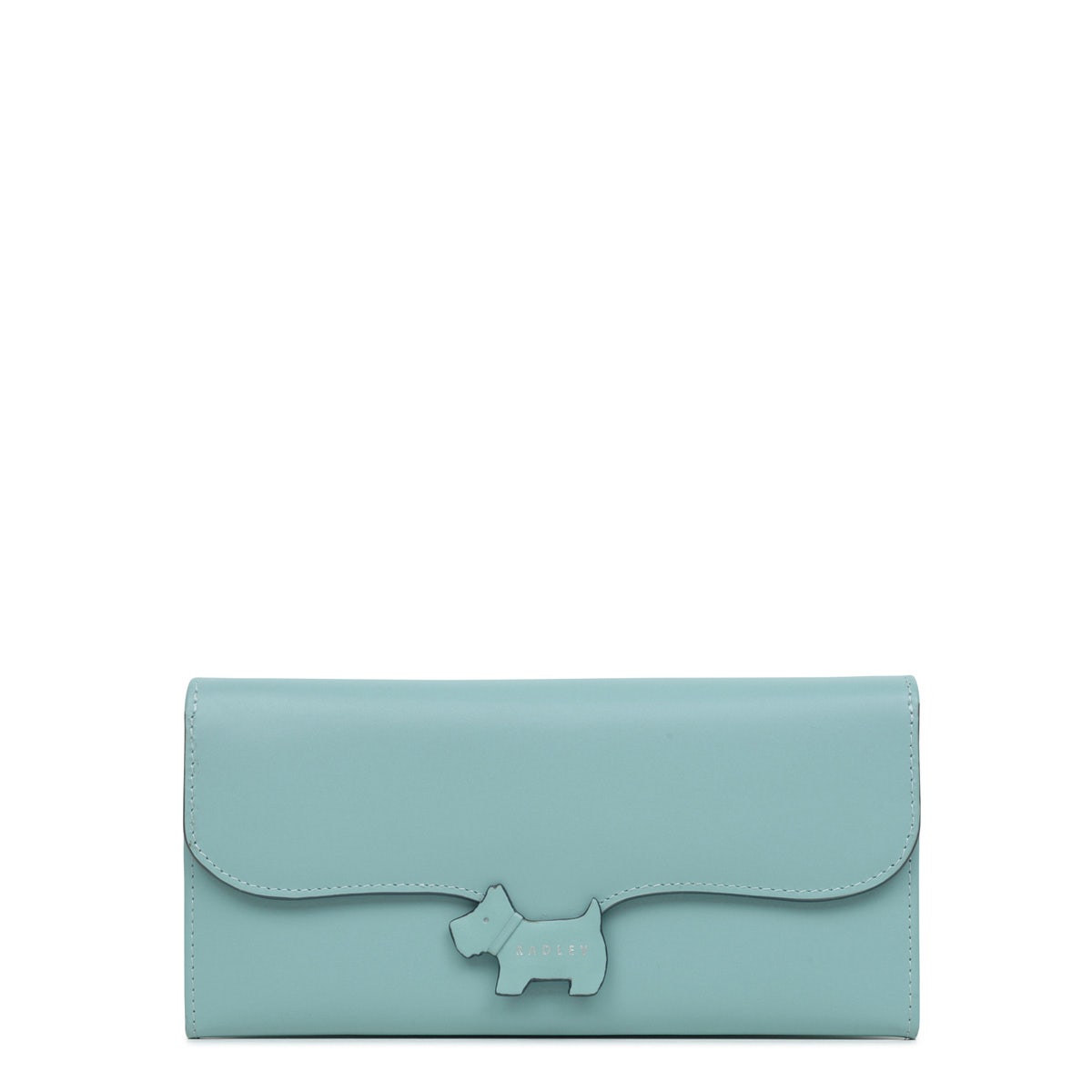 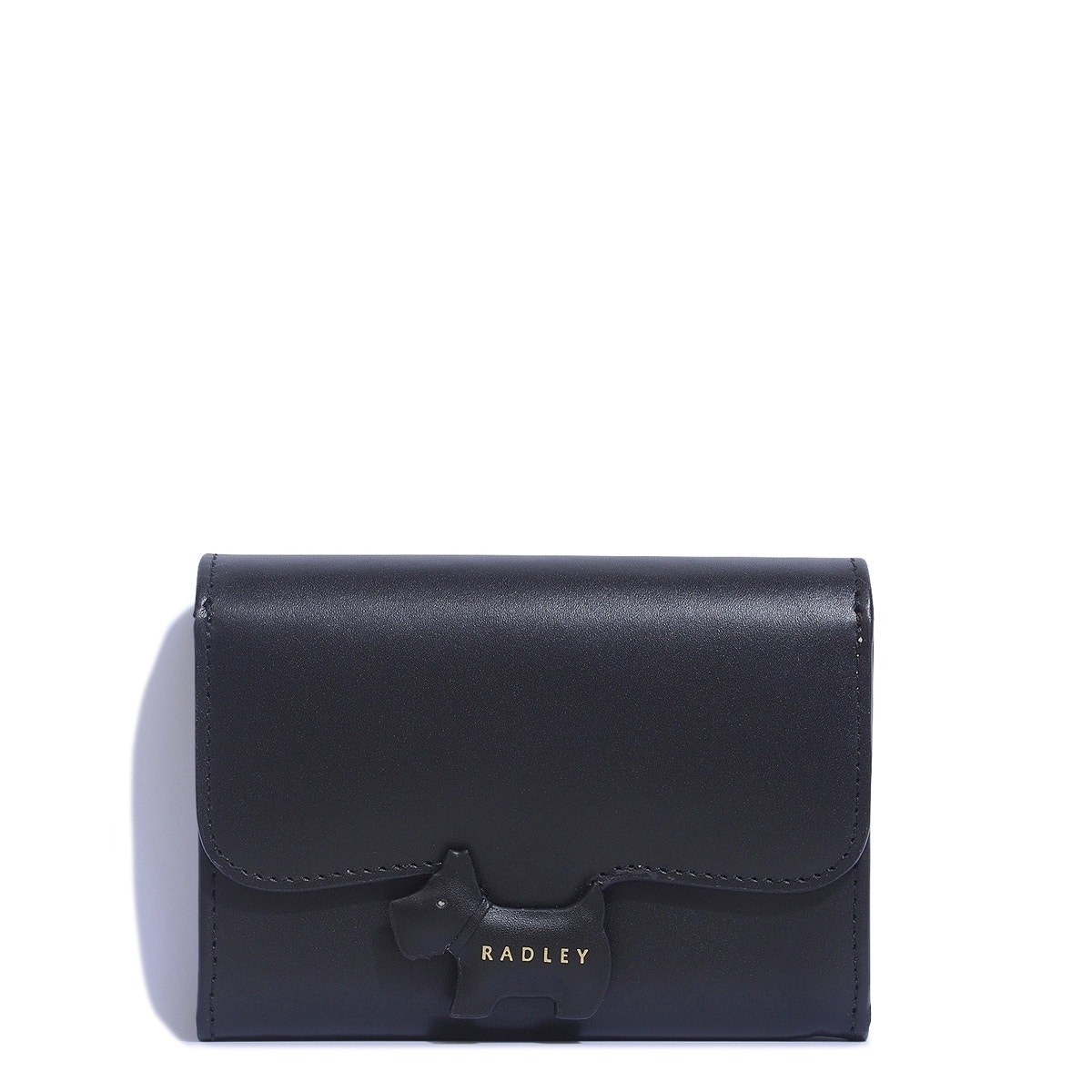 Previous Next
By continuing to use this site you agree to Radley and its partners collecting data and using cookies for ad personalisation, social media features and measurement. You can find out more and update your choices at any time by clicking on 'Cookie Settings'.
Cookie settings